LensRentals.com wrote an article on lenses and cameras ruined by customers shooting the eclipse with no filter. Melted shutters, iris, and sensors. I shot the eclipse through a lens from eclipse glasses which turned out fine this time. I put a cap on the lens between shots to cut down on heat just in case. For the next one in 2024, I will be better prepared. Since it is going over Texas, I plan to go a bit north and see totality this time.

My camera finally overheated at the end and was causing some very scary errors. I thought I killed it. It was getting close to 100 degrees Fahrenheit in the shade by the time the eclipse was over. I should have known a black camera in the hot Texas sun would overheat. I often covered the lens when not shooting, but didn’t think of the overall temperature. After cooling down, the camera is working again. It has taken several thousand shots since the eclipse. Don’t know why I shot the whole thing, but I couldn’t stop. If I had, I wouldn’t have been able to make this collage though. 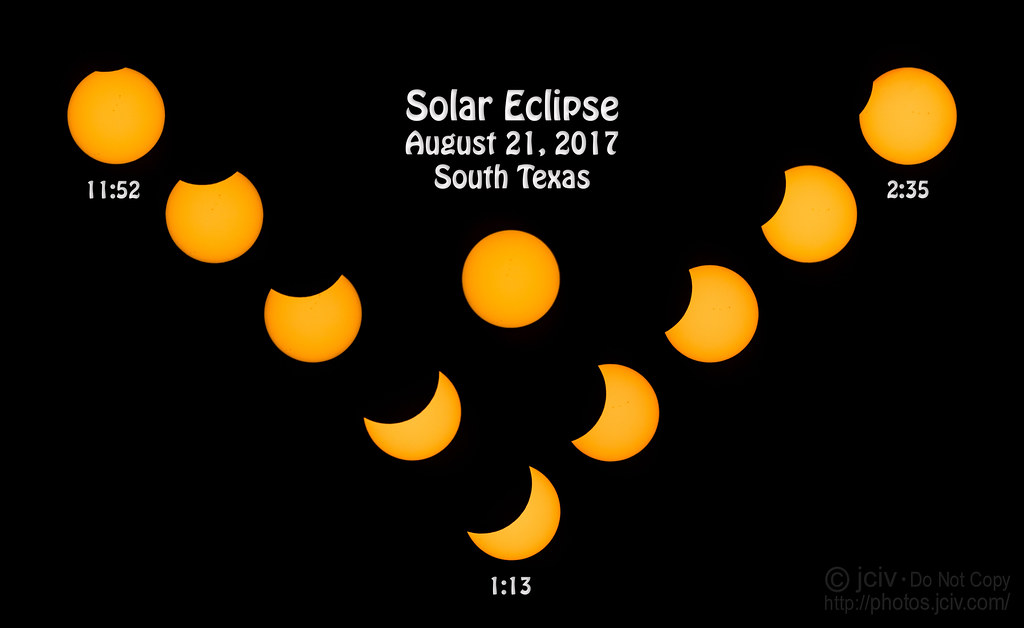 Here are a few links of inspiration for shooting the next eclipse:
Kenneth Brandon
Navid Baraty

Bad Behavior has blocked 44 access attempts in the last 7 days.